As Liberal Leader, Kate Graham would make Ontario a better place to live and work for the Franco-Ontarian community 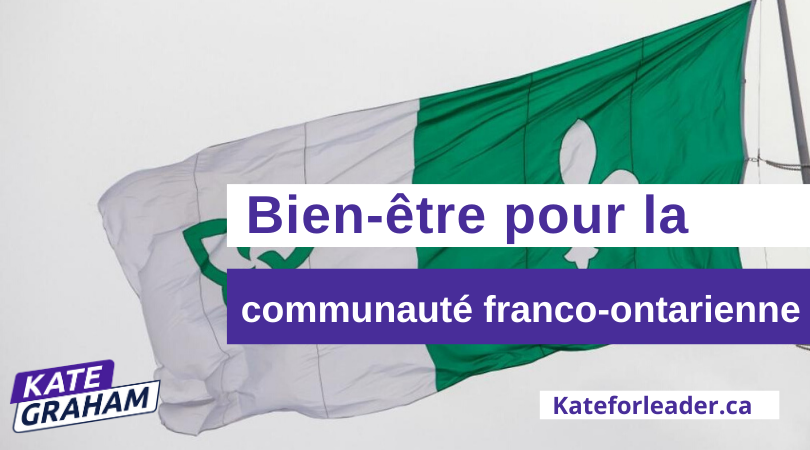 “The Franco-Ontarian community is foundational to who we are as a province– they have been for four hundred years,” said Graham. “They make Ontario better. But now more than ever, Francophones need partners at Queen’s Park who are willing to make Ontario better for them.”

As part of her strategy, Graham has also committed to reversing decisions made by the current government that have hurt the Franco-Ontarian community. She will immediately re-establish the French Language Commissioner as an independent officer of the Legislative Assembly, and ensures provincial funding is in place for Ontario’s first Franco-Ontarian University.

“My vision for Ontario is one of well-being: providing equal opportunity for people to live healthy, productive lives,” said Graham. “Franco-Ontarians can only flourish when they have access to the services and supports they need, in the language they share.”