Our family is growing 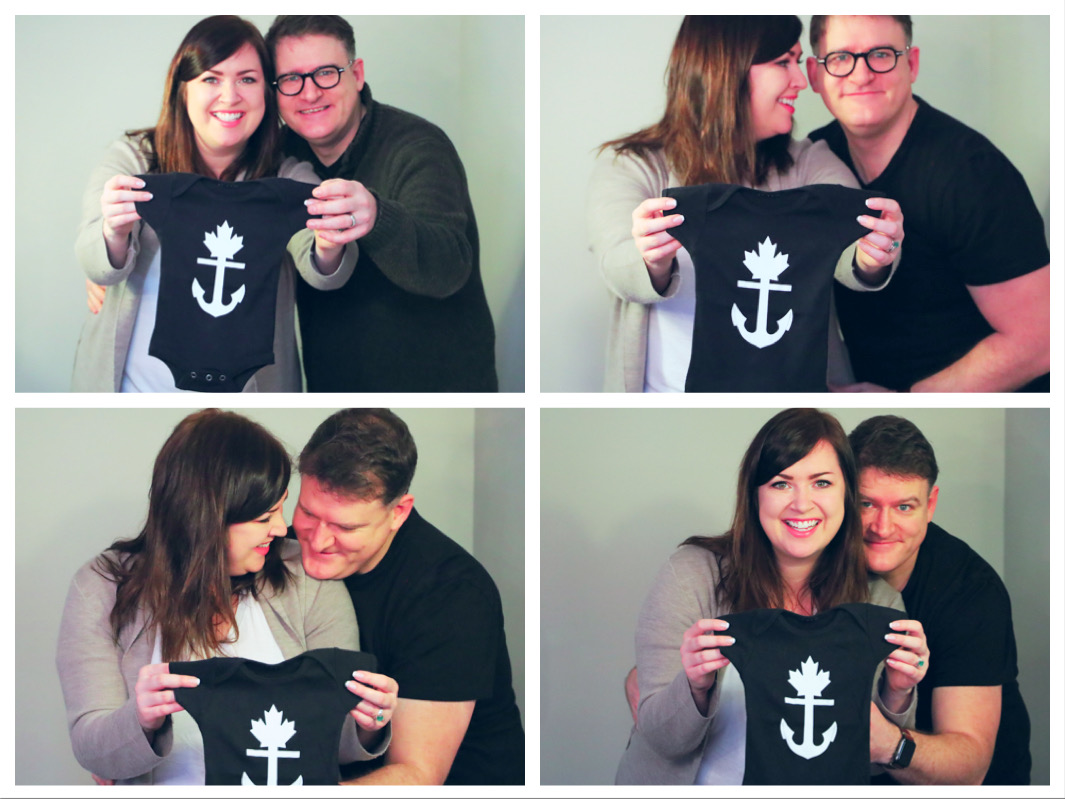 Today is Family Day, and I am excited to share some happy news with you: my husband Jesse Helmer and I are starting a family.

In many ways, the past three months of pregnancy have been a magical time for us: imagining life ahead with our new little one; secret smiles while politely turning down a glass of wine at events; seeing a healthy beating heart for the first time during an ultrasound.

I will also admit that the past three months have come with some anxiety for me.

In September, I launched a province-wide leadership campaign. What started as a small group of people around a kitchen table rapidly became a team of hundreds all across the province. My life quickly went from being largely London-based to travelling up to 2000km per week, many nights away, and often multiple speaking events per day around Ontario. For me, this has been a sheer delight. I thrive at this pace and find tremendous reward in engaging people in politics.

In November, a pregnancy test revealed the news. Even my over-the-moon excitement could not drown out a quiet, worried voice in my head: what would this mean for the campaign? Would people vote for a pregnant woman seeking to lead a provincial party? Would everyone on our team be as committed if they knew?

Quietly sharing the news with a few close people confirmed my fears.

“So you’re dropping out of the race?”

“Keep it a secret until the end. Otherwise, no one will vote for you!”

“Is a life in politics what would be best for the baby?”

My husband is also in politics. He’s the Deputy Mayor of the City of London. No one asked him, “So you’re quitting City Council? Is staying in politics what is best for the baby?”

The concerns raised came from a place of care, and experience. Some came from women with children, who have experienced the professional struggle of working and motherhood, of seeking a promotion after announcing news of a pregnancy, of being perceived as less committed or less capable as a new mom.

It required me to dig deep. I know who I am and why I am running. I know what I want to see change in politics and in our province, and being pregnant did not lessen my commitment to work towards those changes — if anything, it deepened my motivation.

Before this leadership race, I travelled all over the country to speak with the few women who have led our provinces and country about the barriers faced by women in politics (see Canada 2020’s No Second Chances podcast). At a time when every province in Canada is now led by a man (but not the Northwest Territories!), I understand the research enough to know that our ability to make progress on issues like climate change and economic inequality is severely hampered when decision-making bodies do not include women.

We have not reached gender parity in politics until it is no longer unusual to see women in senior leadership roles, including pregnant women and new moms. Pauline Marois (1981) and Christy Clark (2001) were early trailblazers. And in the past four years, Prime Minister Jacinda Ardern in New Zealand, Niki Ashton in the federal NDP leadership race, federal Liberal cabinet minister Karina Gould and Alberta NDP cabinet ministers Stephanie McLean, Brandy Payne and Kathleen Ganley have led the way.

I know who I am, and why I am running. So with the full support of my husband, family and campaign manager George, onwards I ran.

It has not been easy. My first trimester involved relentless nausea and a level of exhaustion I have never before experienced. It added another layer of challenge every time I took the debate stage, stood before a crowd, or knocked on doors in the snow, sometimes for 12-14 hours a day. By necessity (and because I love it), I am teaching two university courses this term. This has been possible because people around me have stepped up: my husband waking up at 4am to make me breakfast before I headed out for the day; my extraordinary candidate aide Mady letting me sleep in the car while she drove me between speaking events; and my amazing campaign team that makes everything happen.

It has been and is so worth it. Someday, I will tell my child about the beginning of our adventure together, travelling around a province in dire need of political change fuelled by motivation for a different kind of politics. I will share how much my child has inspired me already, by quietly reminding me of the value of education while walking the picket line with teachers, or deepening my ability to really listen as nurses talk about what is needed in our healthcare system. As parents, Jesse and I will try to pass along a deep-seated belief that brought us together — that politics actually matters, that nothing changes unless people are willing to step up, that solving most of the problems in our world really comes down to a question of political will.

And so this year, I am enjoying a particularly meaningful Family Day. It is a day to celebrate those whom we love (thank you, Dalton McGuinty!). I am thankful for the gift of my family, my husband and a healthy pregnancy — and, as many women will understand, the recently renewed energy of the second trimester. I am reflecting on why it is so important, and needed, to build a culture in politics — not just for elected officials, but for political staff and for volunteers — where women lead and parents can fully contribute. I am thinking about the world I want for this baby, and the small and big ways I will try to help build it — and will let this fuel me all the way to the convention (don’t miss it!), and beyond.

From our growing family to you, Happy Family Day!

A relentless optimist who believes that politics can be a force of good. #Ldnont proud. She/her.