Help me become a delegate for Kate Graham!

I'd like to help make Kate Graham the next leader of the Ontario Liberal Party. To do so, I'm running to be one of the 16 delegates elected in London North Centre.

There are three things you can do right now to help Kate become the next Leader of the Ontario Liberal Party.

3. RSVP for the Leadership Election Meeting! If you will be voting in the London North Centre leadership election meeting, let the campaign know you will be attending.

You can choose more of the same and hope it’s actually different.

You can join our growing movement. Do politics differently. Change.

Will you commit to voting for Kate Graham and Team Kate delegates at your local election meeting this weekend, February 8th or 9th?

Passenger vehicles - from compact cars to small vans to pick-up trucks - make up over half of all transportation greenhouse gas emissions emitted every single year in Canada. Heavyweight vehicles like freight and trucks make up another 35 percent. If we are serious about reducing our carbon footprint and meeting our global commitments, we must radically reduce these emissions.

In a province as vast as Ontario, people aren't going to simply stop driving. And so, we need to accelerate the transition toward greening passenger and freight vehicles. It is as important as investing in green public transit.

Thankfully, going green is more affordable: The cheapest litre of gasoline is the one you don’t have to buy. Operating an electric car is 50-70% less expensive than one powered by gasoline.

The technology exists, so it’s about helping people get into these vehicles.

of a 100 signature goal
Add signature
@jesse_helmer tweeted link to Send a Note to Kate before the Candidate Showcase. 2019-11-26 08:25:04 -0500
Hey @KateMarieGraham, I've got your back! Good luck at the @OntLiberal Candidate Showcase on Thursday. #KateForLeader #olpldr #onpoli https://www.kateforleader.ca/send_a_note?recruiter_id=1630
Reply · Retweet · Favorite

Send a note to Kate before the Candidate Showcase

Before the Ontario Liberal Party's Leadership Candidate Showcase on Thursday, we're sending Kate notes of encouragement to read on the campaign trail. Please send your note to Kate as soon as you can!

Send Your Note
@jesse_helmer tweeted link to Citizens' Assembly on Electoral Reform. 2019-11-19 16:43:29 -0500
Let's get partisan interests out of how we reform our electoral system. #olpldr candidate @katemariegraham wants to empower a citizens' assembly of Ontarians to deliberate and decide what our electoral system should be. Show your support at https://www.kateforleader.ca/electoral_reform?recruiter_id=1630
Reply · Retweet · Favorite

Part of overall well-being is believing that political participation matters. When I listen to Ontarians about how they would like to make our democracy better, how we elect our Members of Provincial Parliament comes up — a lot.

They feel forced to vote for a party candidate that isn't their favourite, in order to avoid splitting the vote.

Advocates like Dave Meslin and the folks at Fair Vote Canada argue for proportional representation at the provincial level. Others prefer tweaking the current system by switching to ranked ballots. Still others believe there are virtues to our first-past-the-post electoral system.

Electoral reform isn’t a new idea, and it has proven hard to achieve in North America. But it is possible.

My own city of London tried something new in its 2018 election: it became the only municipality to opt for ranked ballots because of the efforts of grassroots campaigns. All 444 municipalities had the choice, thanks to the reform enacted by the Liberal government (thank you to champions Ted McMeekin and Lou Rinaldi!). Now other cities like Kingston and Cambridge are moving forward with ranked ballots for the next election cycle.

Thirteen years ago, an assembly of Ontarians, 52 men and 52 women, came together over an eight-month period to learn and deliberate on electoral reform. The assembly eventually recommended that Ontario change its electoral system to mixed-member proportional, which was put to voters in a referendum in 2007. Although the referendum failed, for a variety of reasons, it received support from more than 1.5 million Ontarians. Today, many people are still asking for change.

To do this right, we need to empower citizens to decide the future of our electoral system.

We have to trust in the decision-making ability of a group of Ontarians to deliberate and decide.

On something so fundamental to our politics as the way that we elect representatives, I believe an empowered citizens’ assembly, with a binding recommendation that would be implemented, is the best path forward.

An empowered citizens’ assembly has been endorsed by the following groups and individuals who advocate for electoral reform:

“That there are serious problems with our first-past-the-post electoral system is widely accepted but questions arise about what citizens would prefer instead. An empowered citizens’ assembly would be the perfect way for citizens to develop an in-depth understanding of the issues and arrive at consensus-based recommendations free of partisan interference and considerations. Empowering citizens through a binding citizens’ assembly is exactly what we need to break the logjam and fix our democracy.”
Fair Vote Canada

“Electoral reform - and proportional representation specifically - continues to be Leadnow's priority issue with respect to evolving our democracy. A fair voting system results in greater democratic representation that is much more reflective of the diversity of voters. No surprise, then, that it also results in governments that deliver more sustainable policies that measurably improve quality of life, where two-party systems under first-past-the-post suffer from the policy lurch of ruling parties undoing the progress of a previous government. Leadnow is happy to see a leadership contender for the Liberal Party of Ontario bring this issue to the fore.”
Leadnow

“A citizens assembly on electoral reform is a meaningful and significant way to give Canadians a say in how their democracy works. We support such an assembly not only to improve our electoral system and strengthen our democracy, but to begin returning power to its rightful place: the people.”
North 99

"Reforming our voting system is critical to building faith and confidence in our political system.  Kate Graham is on the right track, taking this important task out of the hands of politicians and handing it over to a neutral, randomly-selected, group of ordinary citizens."
Dave Meslin, author of Teardown: Rebuilding Democracy from the Ground Up

If you believe it’s time for an empowered citizens’ assembly on electoral reform in Ontario, one that will be able to make a binding recommendation, please sign this petition and share it widely with your friends.

Every Ontarian should be able to travel affordably within and between cities and towns in Ontario by taking public transit powered by zero-emission vehicles.

Why? The average Ontario family spends over $13,000 a year on transportation. CAA estimates that the cost of owning and operating a compact car in Ontario is $8,870 per year. Too many Ontarians cannot affordably get to where they need to go.

More frequent and more reliable public transit reduces congestion, makes life better for Ontarians, and leaves more money in their wallets by allowing them to save on driving, parking, and perhaps even that second car that spends most of the time in the garage.

And by using clean, zero-emission vehicles, we can improve our local air quality and reduce greenhouse gas emissions.

Fortunately, cities are already working to make this vision a reality.

They recognize that zero-emission buses are the right thing to do for the environment and can save money through lower operating costs. These savings get returned to riders in the form of transit service improvements and/or lower fares.

Municipalities are moving in this direction, but they're hampered by a lack of funding because the Conservative government broke its promise to honour the Liberal government’s commitment to double transit funding. This lack of provincial funding puts pressure on fares and property taxes.

What municipalities need to transform transit is not more bureaucracy, but more funding. Here’s how we’ll make it happen.

If you support these proposals for a greener Ontario where it’s easier and more affordable to travel, please add your name.

Change you want to see

I'll never stop fighting for an Ontario where you can live your happiest, healthiest life. Where you are able to achieve your big dreams.

But Ontario is a big province and I need to hear directly from you. I hope you'll share ideas with me. Because that's how we make change: together.

Take the survey
@jesse_helmer tweeted link to Donate. 2020-01-01 07:59:49 -0500
Just made a donation to Kate Graham for Leader of the Ontario Liberal Party. Join me! #kateforleader https://www.kateforleader.ca/donate?recruiter_id=1630
Reply · Retweet · Favorite

Chip in to support Kate!

This campaign is powered by people like you, all across the province. People who care about their communities and who want to see change.

If you are moved by Kate's message of change, you're welcome on Team Kate.

You might be a veteran campaign volunteer, or this might be your first taste of political involvement. Either way, your skills, energy, and time will make a difference. Together, we can elect Kate Graham as the next Leader of the Ontario Liberal Party, and next Premier of Ontario!

Sign-up to register as a volunteer and we'll get back to you right away! 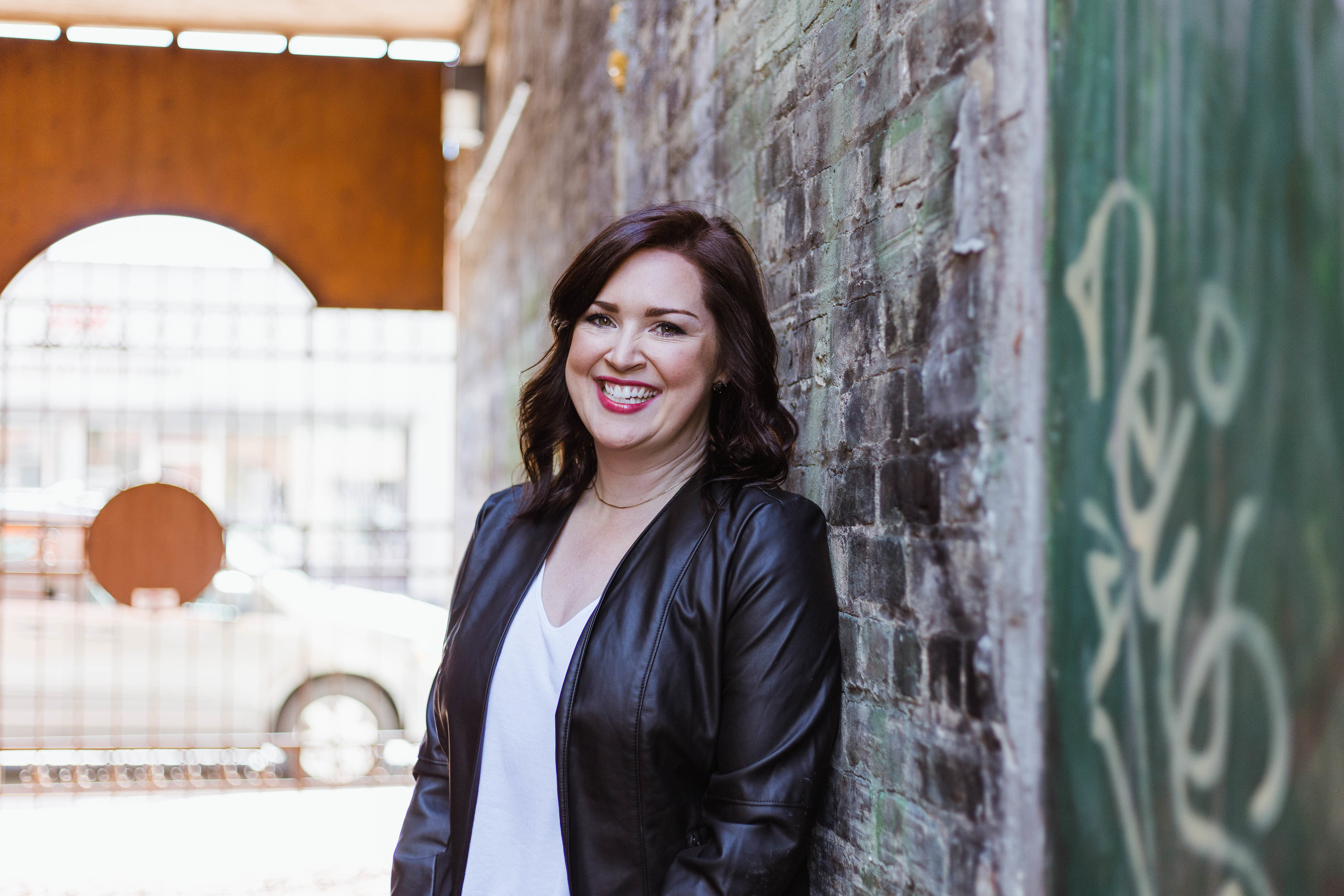