Running for Leader? Good for you, Sweetie.

Putting my name forward for political office was never part of my plan.

When I was first asked to run for office, I gave the same answer so many women do: “Absolutely not”.

I would have to quit the job I loved, upend my comfortable life, and take on all of the vitriol we reserve for politicians? Hard pass, thanks.

I was working at the City of London as a Director when Deb Matthews, my local MPP, asked me to run for her seat.  We had worked together on a number of issues I cared a lot about, particularly mental health and public transit.

After I initially declined, Deb asked, “You say you care about these things. What are you prepared to do to make them better?”

My honest response? “There’s nothing I wouldn’t do.” 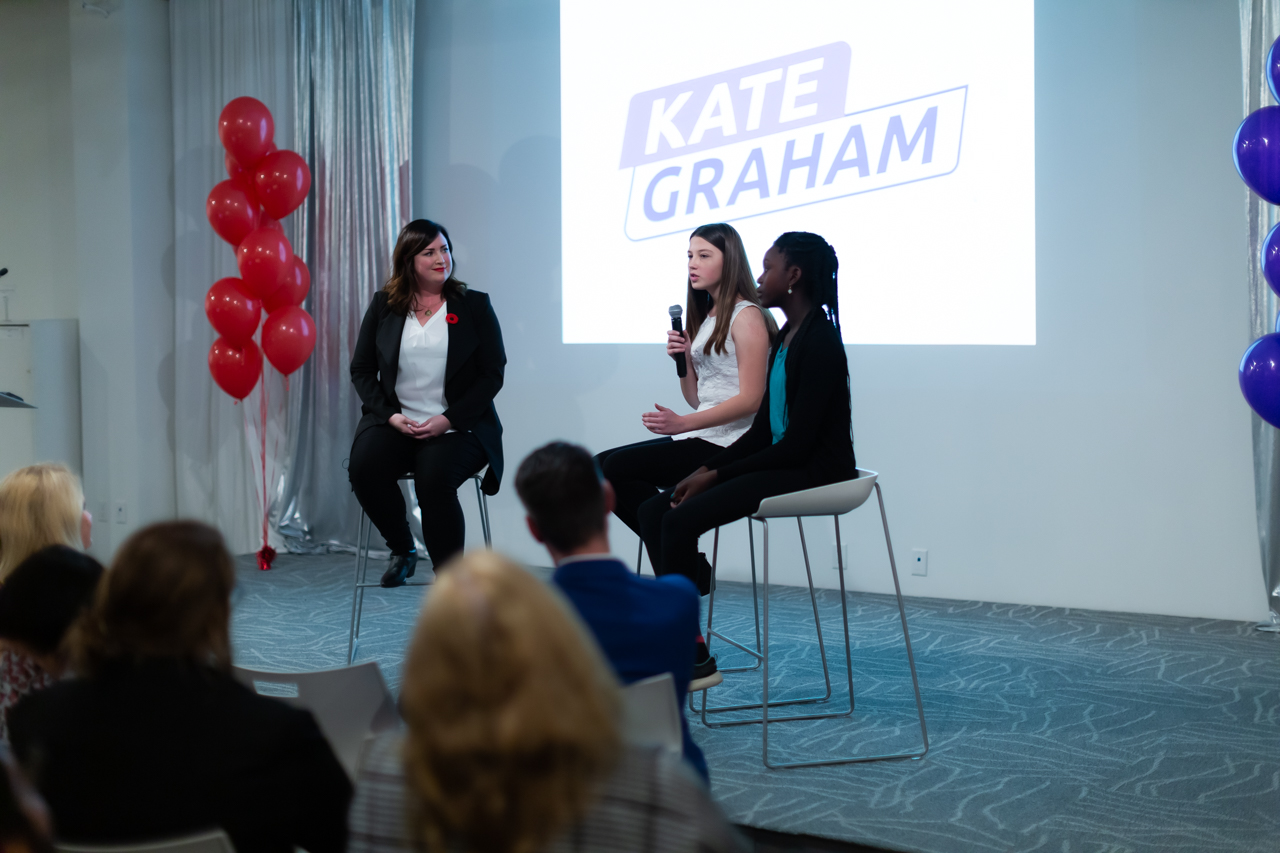 And it was tough, but not for the reasons you’d think. Knocking on doors, debating with voters, and trying to solve complex problems was challenging, but it was also invigorating. However, I felt like there was an invisible force hanging over my interactions: stereotypes or assumptions that made it harder to share my ideas.

I knew I couldn’t be the only woman who felt like this. So I resolved to learn more and launched a podcast called No Second Chances. I set out to interview every woman in Canada who has served as Premier or Prime Minister (none of whom was elected to a second term).

I found out that many of these leaders got involved in politics for the same reasons as me. Unlike men, who often strategically prepare for a life in politics, women tend to get fired up about specific issues they want to change. Elected office is the means, not the ends.

And “the means” are hard. Serving in office is tough for anyone, but these women who had served in the highest offices in Canada described unique pressures borne of gendered norms and sexism. These women – from different parties and provinces – shared common experiences of heightened public scrutiny and nasty personal attacks. Their stories made me angry, and sad, and indignant on their behalf. But every single one of those women said they would do it again: that they didn’t regret the decision to serve.

I lost my campaign for MPP in 2018 (along with almost every Liberal who ran).  And it was tough to lose– but it was even tougher to hear over and over again, in front of doorstep after doorstep, how hard people were fighting to stay afloat, and how let down they felt by the politicians who said they wanted to help. It was an eye-opening, inspiring, fire-in-your-belly experience – and I would do it again, too.

I haven’t stopped caring about the issues that got me involved in the first place, and I recognize that the Liberal Party has a once-in-a-generation chance to change.

So I’ve decided to run for leader.

Being an “expert” and instructor in women and politics hasn’t made being a female candidate any easier, though it has shaped my perspective. I haven’t yet faced overt misogyny or cruel name-calling: although I know it will come, eventually (just look at Catherine McKenna’s experience last month). What has surprised me are the “nicer” but gender-influenced interactions I experience. They mostly follow two themes.

First, there is interest (often veiled as concern) about my personal life. I understand that in running for office, you lose some privacy. But it is still disarming to be talking to a stranger about transit, or pharmacare, and be interrupted with, “How old are you? Aren’t you newly married? ….Don’t you want to start a family soon?”

Second, is the “good for you, sweetie” response. These people are encouraging, but they tend to give the reaction you might have when a second-grader says they want to play in the NHL when they grow up (“You keep practicing and working hard, Taylor, and who knows what could happen!”)  Sure, there are other possible reasons for head-patting other than my gender: I’m young, I’ve got bold ideas, I’m not a former cabinet minister. But I firmly believe the focus on my age and different path to politics is exacerbated by the perception of my gender.

And make no mistake, I’m running a leadership campaign whose credibility should be hard to ignore.

I have the backing of both seasoned, respected leaders and first-time voters. I’ve fundraised over $40,000 a month since getting in the race, from over 420 donors. I’ve shared plans for Ontario that are rigorous, costed, and designed to bolster the well-being of all Ontarians. Our team is generating momentum to change a party that needs to break out of the backrooms of politics and re-engage the grassroots already involved in building Ontario’s future.

That is to say, I’m not running because I want to be “a woman in politics.” I’m running to make big changes in Ontario. But I’ve learned that if we want to shift misconceptions of women in power, we need to enable more women to seek that power out.

I’ve heard first-hand from Canada’s women leaders about how tough this road can be. But is that going to stop me from stepping up and doing everything I can to improve the lives of Ontarians?

My answer is clear: absolutely not.

A relentless optimist who believes that politics can be a force of good. #Ldnont proud. She/her.